Drooling over cars at the Kirkland Concours 2006 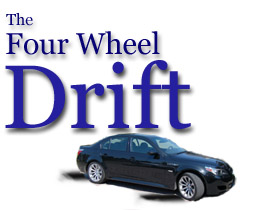 It was easy for car fanatics to know that today was the 2006 Kirkland Concours d’Elegance – because the forecast called for rain showers.

In its fourth year, the Kirkland Concours has been rained on three times. The one year it didn’t rain, event organizers decided to hold it in a parking garage, only to get complaints from show-goers (which were communicated a little too tersely in print by yours truly) when the skies turned out to be blue.  With nearly eighty days without rain and only 8/100ths of an inch of precipitation in the weeks before then, it seemed unfathomable that the clouds would pick today to roll into Puget Sound.

As I drove up to the event from Olympia, I had the top down enjoying the morning sun.  Approaching Bellevue – just south of Kirkland, the sprinkles started.  By Kirkland, it was raining hard.

Be that as it may, the nearly 100 cars and nine classic wooden boats were on the show field.  Plastic tarps protected the million-dollar cars from the rain until the showers miraculously stopped just a half-hour into the show.  The tarps were removed, the chamois came out, and the fun commenced.

Tom Armstrong and Glenn Mounger, the concours equivalent of a Derek Jeter and Alex Rodriguez infield, were able to assemble an amazing number of to-die-for cars.   Cars came from up and down the coast.

The Antique class included some impressive old iron (and brass.)  Rob and Tamie Williams came dressed in period clothes to show their mammoth 1908 White K 7 Passenger Touring.  George Wingard returned with the 1914 Mercedes Grand Prix racer, which proved that the official German racing color was white, not silver.   My personal favorite of the class had to be my friend Bob Sullivan’s 1907 Stanley H-5 Gentleman’s Speedy Roadster – one of the fastest, best handling cars of the era.

Classic era cars were in great quantities.  Dietrich-bodied Packards and a Lincoln were placed in a separate class, but a 22 other cars from 1925-1948 were set to battle for the first in class.  There was Colin Gurnsey’s 1938 Lagonda LG-45 Drop Head Coupe, which features built-in hydraulic jacks hidden behind the faux sidemount.  Barry Briskman brought an ultra-rare 1937 MG SA tourer, one of the company’s only high-end luxury car models.  Even three Rolls-Royces, two Auburn 12 boattail speedsters and two Duesenbergs couldn’t compete for my heart.  Dick Messer’s 1937 Bugatti T57 – a car built for the Prince of Persia (and sold in 1959 for just $250) was enough to make me weak in the knees.

Porsches were also represented in force.  No less than three Carrera 4-cam 356s were there (all owned by Steve Terrien – lucky guy!)  A line of successful Porsche competition cars stopped enthusiast in their tracks – including a sexy 1966 906 Carrera 6, 1986 962 and a Steve McQueen-worthy 1975 917.

My “does it have a Hemi” award went to Tom Armstrong’s 1953 Cunningham, gloriously restored after Tom luckily was told it was in pieces in a storage garage while on vacation in Tulsa.  As for the “what kind of car is that, again?” trophy – that went to Charley Morse’s 1919 Turcat Mery touring car.  Yeah I’d never heard of one of those either.

With such a good turnout, it is becoming apparent that the Concours might be like a real four-year-old in the sense that it is outgrowing its clothes.  Carillon Point and the City of Kirkland have been wonderful hosts, but with the clout of Armstrong, Mounger and the rest of the steering committee, it is possible to begin taking the Concours to the next level – making it a destination ala Pebble Beach, Meadowbrook and Amelia Island.

Of course, going big might risk a little of the easy-going-atmosphere of the current show, but the rest of the world needs to know about this show.  Furthermore, as a fundraiser for Children’s Hospital, the benefits of a larger venue and field would directly improve the lives of not just us show goers, but also many sick children in the hospital. (And kudos go to the concours committee for making this a fundraiser, rather than a for-profit event.  It’s Other events should take note that these car people have their priorities in the right order.)

Alas, I’ll probably never own a car nice enough to enter the Kirkland Concours…but I’m still happy to have spent my day among the wonderful owners of the rare and beautiful vehicles that were generously displayed.

This entry was posted on Saturday, September 9th, 2006 at 5:41 pm and is filed under Uncategorized. You can follow any responses to this entry through the RSS 2.0 feed. You can leave a response, or trackback from your own site.

3 Responses to Drooling over cars at the Kirkland Concours 2006